International trade agreements are complex. There are hundreds of active agreements in place today among and between individual countries, trade blocks, and economic unions. The content of these agreements covers dozens of trade-related issues and are usually mired in political posturing, often spanning years of negotiations. On top of that, the current rise in fanaticism around the dueling philosophies of both nationalism and globalism make for a never-ending stream of media coverage highlighting either the evils or altruism of these agreements.

With all the noise and complexity surrounding trade agreements, it’s easy to throw your hands up, put your head down and just go about your business. That would be a mistake. While the talking heads on CNBC and Fox might focus on the unrelatable macro-economic impact of trade agreements – employment, GDP growth, trade balances, etc. - the fact is these agreements can have a direct impact on the bottom line of even the smallest US business and should certainly be a factor in strategic decision making around any company's international efforts.

A Brief History for Context

The free trade era started with The General Agreement on Tariffs and Trade (GATT). The agreement was initially signed by 23 countries in October of 1947 with the overall purpose of promoting international trade by reducing or eliminating trade barriers including tariffs and quotas. There were nine subsequent rounds of revisions culminating in the Uruguay Round (1986 – 1994) which established the World Trade Organization (“WTO”).

The WTO became the successor to GATT and now has 164 member nations with Liberia and Afghanistan joining in 2018. GATT and the WTO have had a major impact on tariff rates globally, which have decreased from around 22% on average in 1947 to around 5% today. Like GATT, the WTO is focused on the regulation of international trade between nations and overseas the implementation, administration, and operation of covered trade agreements.

The number of agreements in force has accelerated dramatically over the past 20 years or so. In 1999, there were 69 active physical regional trade agreements in place. Today, there are 293. The WTO estimates that about half of the world’s goods (in value) now crosses borders duty fee.

The terminology can get quite confusing, and terms are often used interchangeably, but for our purpose the key definitions to be aware of (in the broad context of trade agreements) are as follows:

1. Regional Trade Agreements – The umbrella term for a variety of agreement types (defined below). RTAs are technically agreements on trade that establish a preferential, reciprocal regime. Free Trade Agreements (FTAs) fall into this category and often used synonymously with “RTAs.”

2. Preferential Trade Agreement (PTA) – May be a first step toward FTA but not technically an RTA according to the WTO. PTAs typically involve a unilateral decision (by developed country) under which one party accords another (usually developing country) preferential treatment in trade. Some goods are eligible for lower duty (the “positive list”) vs. the Most Favored Nation (“MFN”) rate which, despite its name, is the standard tariff rates a country charges on goods and services.

3. Unions – There are a range of unions – customs, economic, currency, monetary – that take the concept of free trade one, two, or many steps further. The European Union is an obvious example with a shared currency, legislative body, monetary policy, etc., but there are a number of other unions that form to meet shared objectives by a regional bloc of countries, including the Gulf Cooperation Council, Central American Common Market, and the Eurasian Economic Union. Unions typically enter into trade agreements as a single party.

4. Trade and Investment Framework Agreement (TIFA) – A trade pact that establishes a strategic framework and principles for expanding trade and resolving disputes between party countries. The US has dozens of active TIFAs with counties ranging from Liberia to Kuwait to Mongolia.

5. Bilateral Investment Treaty (BIT) – An agreement between countries establishing terms and conditions for foreign direct investment by nationals of either party. The US currently has BITs in place with 42 countries around the world.

The US currently has 14 “free trade” agreements in place today with the following trading partners: Australia, Bahrain, Chile, Colombia, Israel, Jordan, Morocco, Oman, Panama, Peru, Singapore, South Korea and multilateral agreements NAFTA and CAFT-DR (Central America and DR). The Office of the United States Trade Representative is part of the Executive Office of the President and responsible for developing and recommending trade policy to the President, as well as conducting trade negotiations at bilateral and multilateral levels.

NAFTA is far and away the most impactful trade agreement for the US and has been a hot topic in the news recently, specifically the potential replacement of NAFTA with USMCA (yet to be ratified). Depending on the political perspective in play, some consider USMCA a complete overhaul of NAFTA while others claim it makes just minor tweaks but leaves the general framework in place, both in terms of intent and content. Without taking a political stand, the main differences are as follows:

A key concept in most RTAs is Rules of Origin (ROO), which determine the national source of a product, and therefore, eligibility for reduced tariff rates defined in the trade agreement (or just eligibility for import if there are restrictions on certain types of goods). For US exporters, goods qualify or “originate” if they are wholly obtained in the territory of a party to the FTA, or if they meet defined criteria on limits of “foreign content” in the product in question.

While the concept is universally recognized as it relates to RTAs, there is a wide degree of variation in how the rules are applied from one government to the next (there is no specific provision in GATT). ROOs are defined in the agreement by HS product code. Be sure to understand the rules, and corresponding documentation requirements, before making commercial decisions based on potentially reduced tariff rates.

So what does all this mean for your business?

The most obvious advantage of trade agreements is the potential for reduced tariffs on export to partner countries. Selling to Australia at zero tariff against a competitor that is paying say, 10%, gives you a built-in pricing advantage that you can use to either increase margins, reduce price (to drive volume) or a combination of both.

In addition to the direct impact on duties, FTAs typically seek to also facilitate trade via reduced red tape, common platforms, and dispute resolution mechanisms. Everything else being equal, particularly for smaller businesses, trading with member countries can be a good way to get your feet wet in international markets.

One note here: depending on the agreement and product in question, administration costs can quickly add up and in some cases, make the benefit of reduced tariffs under FTAs simply not worth the effort. Ensure you fully understand all that’s involved and weigh that against the relative benefit before making any major strategic decisions based on reduced tariffs.

As discussed earlier, ROOs typically require that a certain percentage of a product's components be sourced from a qualifying territory (either the country itself or a member country of a particular bloc). Think strategically about source of supply and how that might impact qualification for various FTAs. Paying a little bit more for local supply of key componenst, for example, may make sense if it’s the difference between your buyer paying zero duty under an FTA or a standard MFN rate of 10 or 20%.

A range of commercial criteria naturally comes into play when considering expanding abroad. Proximity to customers, production costs, local talent, and raw materials are just a few. A deep analysis of impact on tariffs paid by buyers, while often an afterthought, should be a major part of strategic discussions as well. Will the intended location potentially reduce tariff’s for current buyers in existing geographies, thereby increasing margins?

Conversely, if your new plant is in a country not party to existing FTAs, will reduction in production costs be offset by the fact that your buyers will now need to pay higher tariffs? This is obviously a simplistic view, but the point is, be sure to bake the impact of current (and in process) trade agreements into any analysis of the cost and benefits of expanding capacity overseas.

Are you selling into a country under preferential tariff structure vs. a foreign competitor subject to higher tariffs? Might this change with a negotiated RTA between your export market and your overseas competitor? Tracking how you are, and will be, impacted by FTAs vs. key foreign competitors can and should have a very direct impact on how you approach your target markets.

A few helpful resources as you move forward:

1. WTO Regional Trade Afgreements Information System (RTA-IS) – Provides a wide range of information on trade agreements searchable by country / territory and criteria / topic. The WTO also provides an overview of the agreements themselves as well as links to the actual text of each agreement reported to the WTO.

2. The FTA Tariff Tool – Allows user to search tariff information by HS code for all products covered under US FTAs. The tool can also help you determine eligibility for preferential rates by providing product-specific rules of origin.

3. Office of the US Trade Representative – Provides an overview of all US FTAs along with trade detail and statistics with dozens of countries around the world.

Don't miss our next insight! 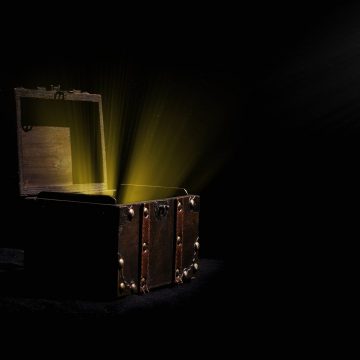 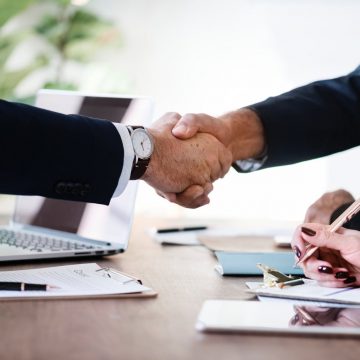